All the collected donations (cash, via Pay-Pal or by transfer) to the association are exclusively allocated to the maintenance of the monument, in its improvement, in any project insuring sustainability of this memorial and the organization of remembrance ceremonies. Without you, it would be difficult for us to pursue our mission. 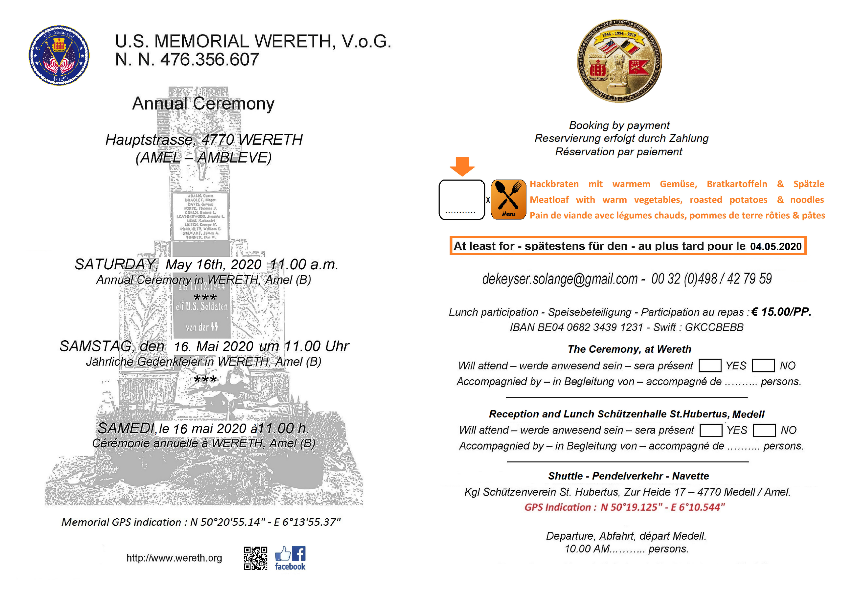 A tribute to eleven WW II G.I.s of the 333d U.S. Field Artillery Battalion and to all African-American soldiers who served during World War II. 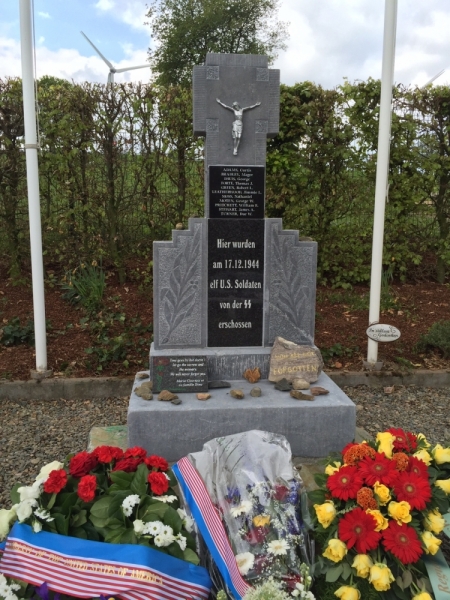 On Sep 11, 1994, Hermann Langer erected a small stone cross to remember the eleven black G.I.s of the 333rd Field Artillery Battalion who were murdered by German SS after they had surrendered during the second  day of the Battle of the Bulge.

This new memorial, dedicated on May 23, 2004,  honors their memory and all black G.I.s and segregated units who fought in Europe during WW II.

It is believed that this is the only memorial of its type in Europe.

The U.S. Memorial Wereth  is a non profit association founded by  private citizens, all volunteers.

Their goal is to sustain a permanent memorial to honor and remember these men.

The Memorial is located in Wereth/Amel, tiny hamlet in Eastern Belgium, on the exact site of the massacre. 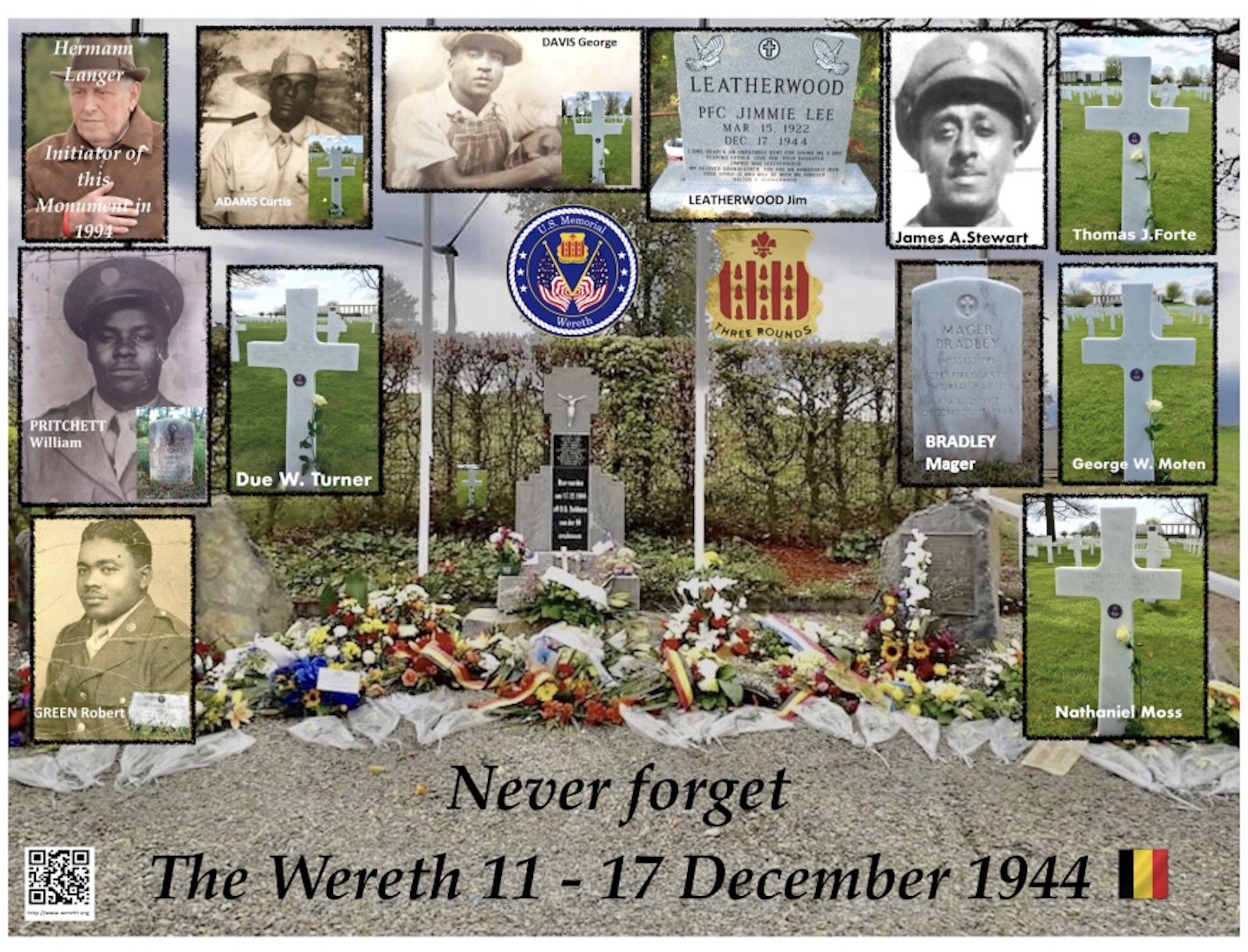 Video about the reason of this memorial by his founder:

Thanks to Michel Legraive for the video and editing

A short story about the Wereth 11

to all participants and guests.

"Remembering the Wereth 11" by the 52nd Fighter Wing Public Affairs, Spangdahlem under the orders of MSGT Michael A. Murieen, USAF

created by AFN Benelux to memorialize the Wereth 11 Massacre

This video clip was taken, with permission, from a documentary, 'Let Freedom Ring... The Lesson Is Priceless'.

This documentary was produced in July 2006 by LET FREEDOM RING and is available on DVD.
Cinematography and editing by OUTPOST WORLDWIDE.

Being part of the military doesn't just mean making sacrifices in life, sometimes life itself is the sacrifice. Airman First Class Amanda Wowk tells us about a ceremony that remembers some of those sacifices.

Another tribute to the Wereth 11.