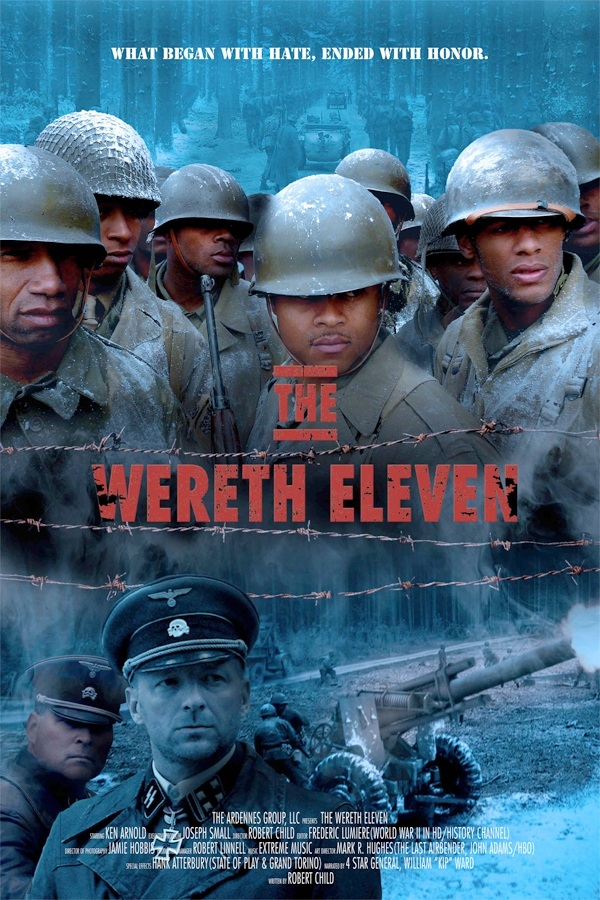 The Wereth Eleven retraces the steps eleven black GI's from the 333rd Field Artillery Battalion took when their unit was overrun by Germans at the start of the Battle of the Bulge. Their 10-mile trek from their battery position to Wereth, Belgium would be the last journey of their lives as a local resident turned them in to an SS scouting party. Subsequently all eleven were butchered and killed in one of the least understood, as well as unknown, war crimes of WWII. Written by Rob Child

The DVD "The Wereth Eleven" (NTSC format) can be purchased on www.amazon.com and www.janson.com 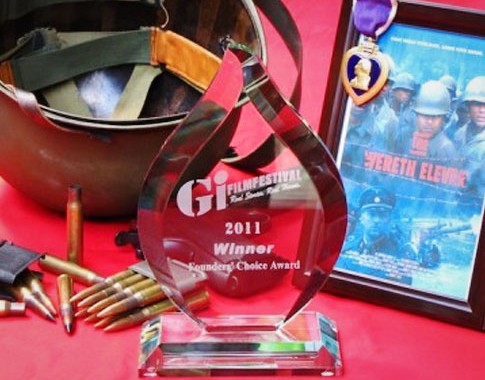 The Wereth Eleven was honored with the Founders’ Choice Award at the Fifth Annual GI Film Festival at the United States Navy Memorial in Washington, D.C.

Washington, D.C. – May 17, 2011 – The epic docudrama, “The Wereth Eleven,” was featured and honored as “Founders’ Choice” at the prestigious Fifth Annual GI Film Festival in Washington, D.C. The film is based on the heroic story of the escape made by 11 American soldiers at the start of the Battle of the Bulge during World War II.

Wereth 11 Selected to Screen at the Disney Lot in Hollywood
Posted by : Robert Child Monday

My production team and I received some tremendous news last week the film which I wrote and directed, The Wereth Eleven, was chosen by the GI Film Festival as, in their words, the "Best of the Best" and they have announced a gala screening of the film at the legendary Walt Disney Studios in Hollywood (actually Burbank) on November 2nd.

The Emmy® nominated film won the Founders Choice Award at the GI Film Festival in Washington, DC in 2011. The festival organizers have chosen Wereth to screen as part of a special "Veterans Week Best of GI Film Festival" event in Los Angeles. The festival runs over two days November 1st and 2nd. Wereth will screen Saturday evening, Nov. 2, at 5:30P just prior to the closing VIP Party.

Nominated for Best Use of Archival
Factual Entertainment Awards (2012)